Today
La Chaîne des Rôtisseurs - International Association of Gastronomy is a truly international society constantly developing and exanding. Represented in all five continents, the Association is dedicated to preserving the traditions and practices of the old guild in a completely contemporary and international context.

Join Now!
To become a member of the Chaîne des Rôtisseurs - International Association of Gastronomy - a prospective member is subject to being sponsored.

With nearly 21,000 members, the Chaîne des Rôtisseurs is an International Association of Gastronomy now established in over 75 countries. It brings together enthusiasts who share the same values of quality, fine dining, the encouragement of the culinary arts and the pleasures of the table. The distinctive character of our association is to bring together amateurs and professionals, from all over the world, whether they are hoteliers, restaurateurs, executive chefs or sommeliers, in the appreciation of fine cuisine.

The Chaîne des Rôtisseurs decided to take yet another active and positive role in the world of food by enlarging its area of activity beyond restaurants and hotels to that of ‘Caring and Sharing’. On January 2, 2008, the Chaîne des Rôtisseurs officially registered a charity – the Association Caritative de la Chaîne des Rôtisseurs – at the Paris Prefecture of Police. This made possible the launch of programmes in the field of social development aimed at nourishing and improving the living conditions of those in need, especially children.

The Ordre Mondial des Gourmets Dégustateurs (OMGD) is a specific section of the Chaîne des Rôtisseurs’ specializing in and concentrating on wines, spirits, liqueurs and crafted beverages. It was founded in Paris on 2nd September 1963 and is an integral part of the Chaîne des Rôtisseurs. Its goal is to promote the enjoyment, appreciation and knowledge of fine wines, quality spirits, beers and mineral waters from around the world. 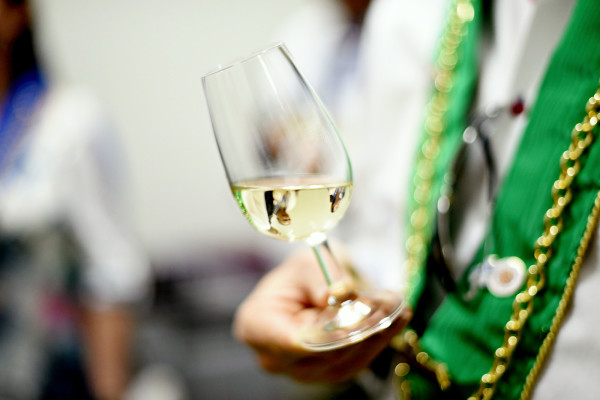 The Rôtisseurs were almost forgotten until 1950 when Jean Valby, together with gastronomes Curnonsky (elected Prince of Gastronomes) and Dr. Auguste Bécart, and professionals Louis Giraudon and Marcel Dorin, revived the association founding the Confrérie de la Chaîne des Rôtisseurs.

For more than four centuries the Guild of Goose Roasters cultivated and developed the culinary arts. It met all the requirements of professionalism demanded by the “Royal Table”, until 1793 when the guild system was dissolved during the French Revolution. 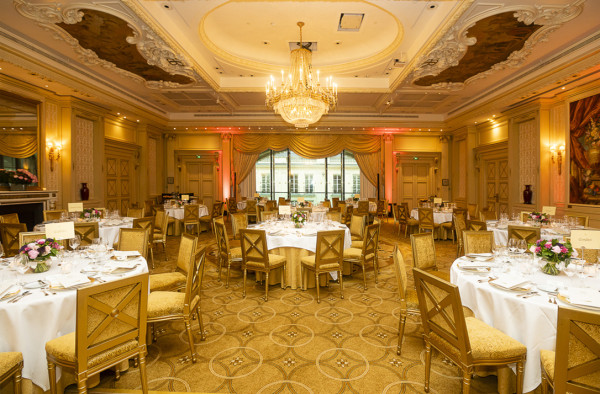 Creation of the Coat of Arms: It featured two crossed spits and four larding utensils in the centre, surrounded by the flames of the hearth. In today’s version, this historic blazon is encircled by fleurs-de-lys and two chains with the new name of the association in between. The inner chain represents the professional members, while the outer chain symbolizes the non-professional members.

During the reign of Louis XII, the guild’s knowledge was extended to include the preparation of other meats and poultry, including game, and it took the name “Rôtisseurs”. 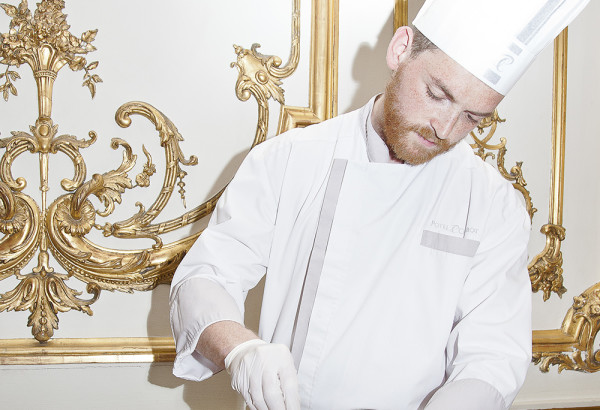 Louis IX, the French King later canonized as Saint Louis, ordered the establishment of several professional guilds including that of the “Ayeurs” or goose roasters. The purpose of this guild was to improve the technical knowledge of its members: apprentices, tradesmen and masters.